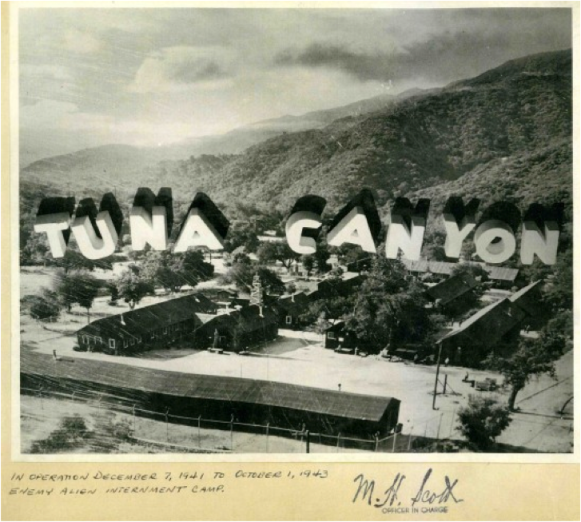 Last month I was asked by a former CSUN student who was asking on behalf of a California State University at Northridge (CSUN) faculty member, if the San Fernando Valley had a Japanese American history tour.

Try going to the library or public records. You will find little or no records that the Japanese lived the San Fernando valley. It was through the oral histories collected and the research that were we able to discover that there were 132 Japanese American produce and flower farmers. Since they couldn’t own the land (Alien Land Law), they had to lease it, thus no records.

After WWII broke out, the Japanese and Japanese American families were removed from their homes. It was decades later, 3 decades for my family before they would talk about the removal, the relocations camps and the assembly centers. It took 60 years before the 20 oral history interviewees agreed to talk and record their personal stories about life before, during and after camps. With the discovery of the detention station internees are coming forward.

The San Fernando Valley has no historical sites representing the Japanese and the Japanese Americans in the valley.”

On Thursday, April 18th in Room 1010 of the Los Angeles City Hall the Cultural Heritage Commission met to vote on the Historic-Cultural Monument Application of the Tuna Canyon Detention Stations site.

The Tuna Canyon Detention Station “operated as a gateway to internment for civilians of Japanese, Japanese Peruvian, Italian and German descent. From its opening until May 1942, 1,490 Japanese males passed through the camp and were transferred to other internment camps…” (http://www.rafu.com/2013/04/commission-to-vote-on-monument-status-for-tuna-canyon-detention-station/)

What’s our next step if council votes against the Cultural Historic designation?

-Working with Councilman Alarcon in finding ways to create an educational and appropriate display of the detention station. The Cultural Historic Commission has required him to meet with the property owners.

-Check on other Historic Cultural designations on a State or Federal level.

For more information about the Tuna Canyon Detention Station, please view the following websites and documentation.

The Most FAMOUS of our Posts